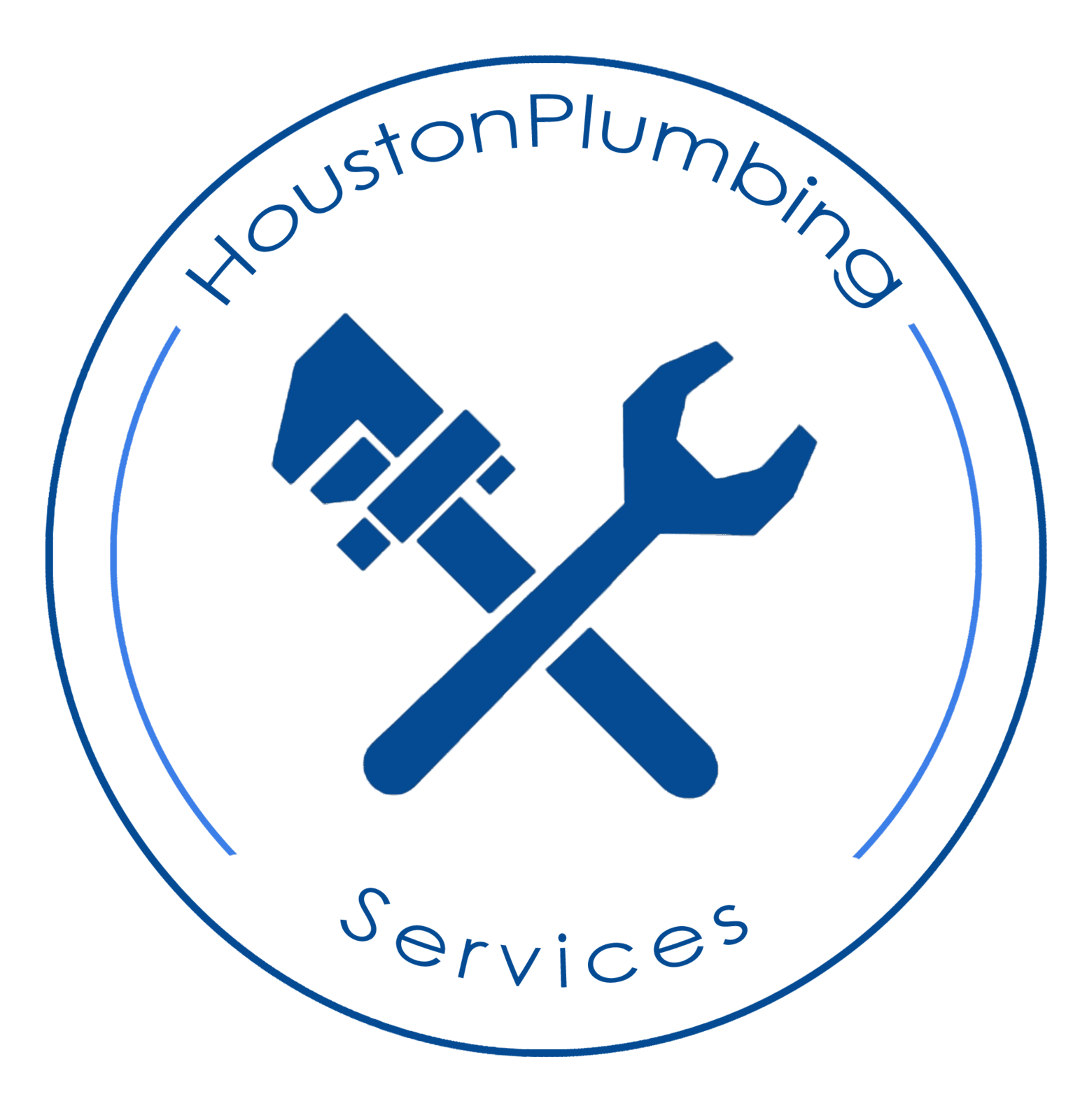 Repipe Plumbing: What It Is and Why You Need It

Outdated pipes are not only a nuisance, but they can also pose a serious health hazard. That's where repipe plumbing comes in.

What Is Repipe Plumbing?

Repipe plumbing is the process of replacing galvanized pipes in your home with new piping. This is usually done when the existing piping is outdated or in poor condition. Repiping can be a big job, but it's worth it for the peace of mind that comes with knowing your home has safe, updated plumbing.

Why Do You Need Repipe Plumbing?

There are several reasons why you might need repiping specialists in Houston.

·  First, if your home has old galvanized steel piping, that piping may be rusting from the inside out. This can lead to water contamination and decreased water pressure.

·  Second, if your home has Polybutylene piping (a type of plastic piping that was commonly used in homes in the 1970s and 1980s), that piping may be deteriorating and could fail without warning.

·  Finally, if your home has lead pipes, those pipes could be leaching lead into your water supply. Lead is a serious health hazard, so it's important to make sure your pipes are up to date and safe.

If you're dealing with outdated or faulty pipes or water leakage, repipe plumbing is the answer. Call our Houstonrepipe specialistsimmediately to do an evaluation!

There are a lot of plumbers in Houston, but how do you know which one to hire? Our best plumbers Houston have the experience and expertise to get the job done right. Here's what you need to know about PEX repiping and when you should hire our repiping company for the job.

Bathtub won't drain- If your bathtub takes a long time to drain or the bathtub won't drain tried everything, the galvanized pipes may be to blame. Because the galvanized pipes are coated with zinc, over time the zinc wears away and corrodes. This corrosion can build up and cause a blockage in your pipes, making it difficult for water to flow through.

Water Color is Changed- If the water coming out of your taps is brown or rust-colored, it is likely due to corrosion in your pipes. Galvanized pipes are especially prone to this type of corrosion.

Low Water Pressure- Low water pressure is not only annoying, but it can also be a sign of corrosion in your pipes. If the zinc coating on your galvanized pipes has worn away, it can cause a decrease in water pressure.

Clogged Toilet- A clogged toilet is one of the most common problems that can be caused by galvanized pipes. If your toilet frequently becomes clogged, it could be due to a build-up of rust and sediment in the pipes. If this happens frequently, you should not wait to call best plumbing Houston.

Water Leakage-  If you have a water leak, it is important to determine the source of the leak. If the leak is coming from your galvanized pipes, it is likely due to corrosion. Over time, the zinc coating on galvanized pipes wears away, exposing the steel beneath. This can cause the steel to rust and eventually lead to leaks.

If you're considering should I repipe my house with PEX repiping, you should consult with repiping plumber Houston who are familiar with the installation process and who will take care of your home or business like it's their own.

Pex repiping is a great way to upgrade your existing plumbing. However, it's important to hire our experienced and certified plumbers for the job. We will inspect your existing plumbing and determine if Pex repiping is right for you. We're familiar with the installation process and we'll take care of your home or business like it's our own. Contact us today to schedule a consultation!

Are You Looking For  Best Repiping Company in Houston

Whole-home repiping is a challenge in itself. Our professionals accept the task and skillfully replace Galvanized pipes with new ones for prolonged durability and hassle-free water lines in your personal spaces.

If your faucets are giving-off brownish water, it’s time to contact top plumbers in houston and avail of our enhanced repiping services at the earliest.

How Long Does It Take To Repipe A House

If you're a homeowner, there's a good chance that you've had to deal with a plumbing issue or two. Whether it's a clogged sink or a leaky faucet, most of us have had to call residential plumbers Houstonat one point or another. But what happens when the issue is more severe? What if your entire plumbing system needs to be replaced? This process is called whole house repiping, and it's something that every homeowner should be aware of. So, how long does it take to repipe a house?

The answer to this question depends on a few different factors. The first is the size of your home. A small home will obviously take less time to repipe than a large one. The second factor is the type of piping that needs to be used. There are several different types of piping materials, and each has its own set of benefits and drawbacks. The third factor is the experience of the repipe plumbers who are doing the work. A team of experienced plumbers will be able to complete the job more quickly than a team of novices.

Assuming that all other factors are equal, most homes can be completely repiped in two to three days. Of course, this is just an estimate; your home may take more or less time depending on its unique circumstances. But in general, you can expect the job to take somewhere in the ballpark of 48 hours. Call our Houstonrepipe company to get a quality plumbing services.

How Much Does It Cost To Repipe A House?

Dealing with repiping issues and therefore, wondering about the average cost to repipe a house?

The average cost to repipe a house is $2,000 to $4,000. This price range includes both labor and materials costs. The total cost will depend on the size of your home, the number of bathrooms, and the type of piping material you choose.

The most common type of piping material used for repiping is copper. Copper pipes are durable and have a long lifespan. They're also less likely to develop leaks than other types of pipes. However, copper pipes are also the most expensive option, so they may not be right for everyone. The average copper repipe cost can range from $3,500 to $8,000, depending on the size of your home and the extent of the damage. However, you can call best repipe company for the better idea.

PVC (polyvinyl chloride) pipes are another option. They're less expensive than copper pipes, but they're also not as durable. PVC pipes are a good choice for homes in mild climates where freezing temperatures aren't a concern.

If you live in an area with cold winters, you may want to consider PEX (cross-linked polyethylene) pipes. PEX pipes are made from high-density polyethylene and have an impressive resistance to freezing temperatures. They're also flexible, which makes them easier to install than rigid PVC or copper pipes. However, they're not as durable as copper pipes and generally have a shorter lifespan.

The bottom line is that there's no one-size-fits-all answer when it comes to choosing the right type of piping material for your home. The best way to decide is to consult with a Houston repiping companies who can evaluate your specific needs and recommend the best option for your situation.

Repiping is a big decision—and a big investment—for any homeowner. But if your existing pipes are damaged or excessively worn out, repiping may be the best option for you. The average pex piping costs between $2,000 - $4,000, however, this price range varies depending on factors like the size of your home and the type of piping material you choose. If you think you might need to repipe your house, call a professional today to know the actual repipe specialists cost

Whole-House Repiping Houston – Schedule a Meeting with Our Repipe Specialists!

You may be noticing a decrease in water pressure, an increase in your water bill, or strange rust-colored water coming from your taps. These could all be signs that it’s time for a whole-house repipe. The experts at Houston Plumbers are here to help with all your whole-house repiping needs in Houston, TX.

We understand that a whole-house repipe can be a big investment. That’s why we offer FREE consultations to help you decide if a repipe is right for your home. Our specialist will come to your home and assess your plumbing system.

What Do We Have in Store for You?

Do your taps give out water at unusually lower pressure? Or, do you observe the brownish release from faucets? These are the most common signs of pipeline issues. And, you should consult a professional plumbing company like us for repiping Houston Plumbing Services.

Our plumbers in Houston have immense experience in repiping the entire homes or a small part of them. In any way, we ensure to eliminate rusty and leaky pipeline problems from your life.

Here’s what we can do for you!

We have specialization in detecting pipeline pinholes and rust spots.

We offer optimum repiping facilities against an upfront cost and ensure no hidden charges.

Over the years, we have served numerous households detecting leaky and rusty pipelines, pinhole water leakages, Houston pipes bursting and brownish water sources. Furthermore, our emergency plumbers Houston have closed several plumbing repipe assignments in the shortest turnaround time. Get in touch with us now!

We are a Plumber company

that has been in the business

for almost 11 years Since our